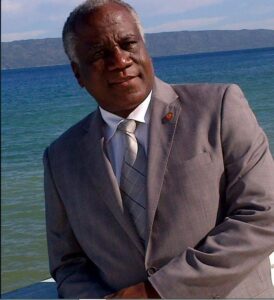 We are saddened to share that our former student François Anick Joseph passed away on October 27. François was starting to work on his dissertation, “The Religious Practices in the Construction/negotiation of Diaspora Identity among Haitian Immigrants in New York City.” with William Helmreich, Mehdi Bozorgmehr and Philip Kasinitz on his committee. He took a leave of absence in Spring 2008 but decided to continue with his other passion in his home country, as a senator. François was a former senator of the Artibonite Department in Haiti. Our deepest condolences to François’ family and friends.

Erynn Masi de Casanova, our alumna who was in the same cohort as Francois and is currently Director of Research, Professional Development & Academic Affairs at the ASA, has started to collect money for his family through her PayPal (Erynn Casanova). If someone wants to contribute but doesn’t have a PayPal account, they can just email her at  ecasanova@asanet.org. We recently learned that François’ wife passed away four years ago, so his daughters (ages 11 and 9) have lost both parents. We would appreciate anything that people are able to send, even a small amount.