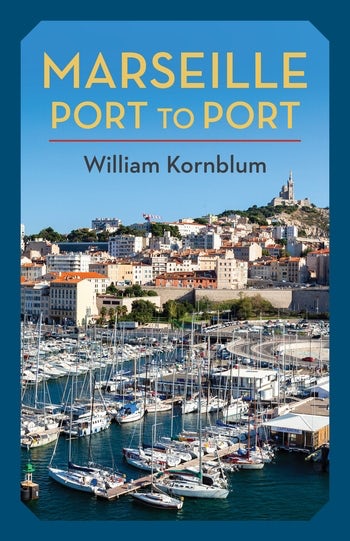 Professor Emeritus William Kornblum (GC) published a book, Marseille, Port to Port (Columbia University Press, 2022) and will give his book talk in our Friday Luncheon Series on May 6, 12-1PM, 2022.

Marseille, France’s sunny second city, is a beguiling place. A major Mediterranean port, it beckons to urban wanderers and anyone enthralled by cities in all their multiplicity. Marseille’s ancient streets tell stories of fires, plagues, wars, decay, and regrowth. Waves of people of diverse ethnic and religious backgrounds have made their way there, and many have found homes for themselves. Although the city hosts visitors from around the world, France’s social and political fault lines are on full display. For all its charm, Marseille struggles to overcome its reputation for corruption and crime.

William Kornblum—an eminent urban sociologist and a veteran traveler in the Francophone world—invites readers on an exploration of a changing city. Blending travelogue and social observation, he roams Marseille’s neighborhoods and regions in the company of writers, scholars, activists, and ordinary people. The living history of the city comes through in Kornblum’s character sketches and the stories that his guides tell. Relishing Marseille’s coasts and crags and reveling in its rich maritime culture, they discuss the political, social, and environmental challenges the city faces. Kornblum also draws connections with his hometown, New York City, which like Marseille is a deindustrialized port city increasingly dependent on the production and consumption of culture.

Offering a captivating and thoughtful portrait of the city and its citizens, this book is for all readers who have ever wondered what makes Marseille so distinctive.